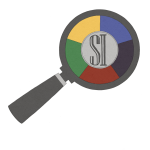 This week Standard Intelligence becomes Modern Intelligence, and we take a quick tour around the best performing decks right now, so that the decks we see in the next few weeks wont be a shock.

Well, that’s the plan at least, its still Modern.